In Memory of this competition’s Co-founder, Yale School Of Music’s John Miller

Special Thanks to all our Finalists!

Videos of all performances coming soon! 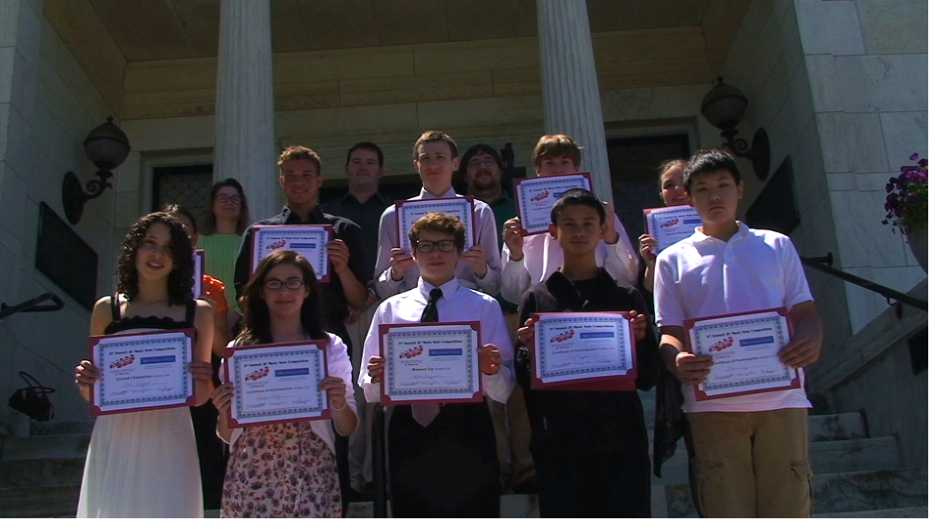 Students are required to use an original for their sheet music and are to provide three copies (one for each judge).

At the end of the competition, the judges are to meet on the main level to review the scores and to determine the two Grand Champions and the two Runners-up.

Jeremy Barnes has been designated as the Chief Judge for this competition.

Finalists have been listed in alphabetical order – this is not the order of final auditions. The finals are scheduled for Saturday May 12th and finalists will be receiving a letter with more information, including audition times.

Congratulations to these finalists who competed with some amazing talent from all over Connecticut!

An Interview with 2011 CMEA Adjudicators

Thank you all for registering for our 2012 Solo Competition!

The top five scores in each of the competitions will be advancing to the final auditions which will be held at the Augusta Curtis Cultural Center located at 175 East Main Street in Meriden, on Saturday May 12th 2012 starting at 10 am. Those advancing to the finals will all be video recorded and the performances will be released on YouTube after the competition. Each competition will have a $250 cash grand prize winner along with a scheduled performance. The runner-up in each competition will receive a $100 JC Music electronic gift card.

(Note: The grade 9-12 finals were scheduled for May 19th but had to be moved to the 12th, the same date as the middle school finals.) Final audition times will be announced after the preliminary auditions. Students performing in the finals should plan to arrive at 9:30am on the 12th and the awards ceremony will be held at approximately 11:45am.

Thank You from the staff at JC Music! If you have any questions regarding your audition, please email JC directly: JC[at]JCMusicWorld.com.

Note: Please bring an original copy of your performance music along with two photocopies for our CMEA certified adjudicators.

If you advance to the finals, please bring an original copy of your music for yourself along with five photocopies for our judging panel.

You may play the same piece at both auditions or you may choose a different piece for the finals. All musical selections should be in a classical style.

JC Music and the Yale School of Music: Music in School’s Initiative have worked closely for the
past three years to bring about instrumental solo competition offerings to the state of Connecticut
which differ from the standard CMEA Regional and All State auditions. JC Music’s President, JC
Caillouette and the Yale School of Music’s John Miller have worked closely with CMEA to be
sure that there were no conflicting dates and the JC Music Solo Competitions are in full support
of CMEA. While the unfortunate passing of John Miller has been a tragic event, John helped to
set a strong foundation for this year’s competition and we plan to continue these competitions in
his memory.

The JC Music Solo Competition auditions for 2012 will include strings, brass, woodwinds,
percussion and piano.

Preliminary Auditions – Thursday April 26th through Saturday April 28th 2012. Preliminary
Auditions will be held at JC Music in Meriden. The judges for the competition will all be CMEA
certified adjudicators.

Finals – The top 14 scores from the preliminary auditions will audition in the finals. The final
auditions will be held at the Augusta Curtis Cultural Center in Meriden. There are cash prizes for
several of the highest scores and there will be performing opportunities for the winners.

Each of the final auditions will have our usual all-star panel of judges from around the state. The
judges have not yet been determined, but there will be three judges for each of the competition
finals.

The competition will be video taped and each of the finalist’s auditions will have their
performances released on Youtube by JC Music. JC-Music.com will also have the prize-winning
performances posted.