JC Music’s staff is made up of musicians who are friendly, knowledgeable and who make our customer’s experiences fun. They’re always happy to help you with instruments, accessories, repair questions, finding the right teacher for lessons or with renting a band or orchestra instrument. They are also always here for general music chat. Stop by and get to know our professionals!

We are the best of the small, family-owned local music stores in Meriden, CT and the staff at JC Music is dedicated to providing an educational and enjoyable musical experience. We can help guide you through your musical journey – from instrument sales, music lessons, band and orchestra rentals, and a complete repair service, our friendly team has the ability to serve your every musical need.

At JC Music, we make musicians! Our goal is to make music accessible to anyone with an interest in any musical instrument, by providing affordable quality instruments and instruction.

We strive to make music an integral part of each person’s life. Each staff member at JC Music is a musician, too, and there is nothing we like better than meeting and talking with other musicians. JC Music has become known for the past twenty-six years as the friendliest of local music stores and staff that exists.

Come visit our staff in our no-stress, relaxing store environment and our Free Wi-Fi cafe area. Our staff supports music educators throughout Connecticut along with encouraging young musicians on a daily basis. JC Music’s staff works closely with the Yale School of Music: Music in School’s Initiative to create solo competitions each year for young aspiring musicians. Many customers find our staff’s passion for music to be contagious! So stop by JC Music today or give us a call and become a part of our musical family!

JC Caillouette - Director of OperationsClose
As a musician, JC has over fourty years of experience in playing and performing on musical instruments. He studied for six years with the late dr ummer Jim Roszelle from the Hartt School of Music and the group Spiral. JC then studied for six years with world renowned and internationally recognized jazz drummer Ed Soph. Ed has performed with Stan Kenton, Woody Herman, Clark Terry, Eddie Daniels and countless others along with presenting master classes throughout the world. JC went on to study percussion for four years with Constance Coghlan, principal percussionist of the U.S. Coast Guard Band. JC has performed with many area bands and has performed many shows as the former drummer for the “On Stage Performers.” JC is a former member of the “JC Lentini Band” of New Britain and the Rock/Blues band “TBC.” As a conductor, JC has been with the Augusta Curtis Concert Band since 2005. JC obtained a Master of Music Education Degree from CCSU, where he received the President’s award for Academic Excellence in the field of Music. Although JC is an accomplished musician and teacher on most instruments, he is presently JC Music’s faculty member offering specialized musical studies to those students seeking instruction beyond a musical instrument 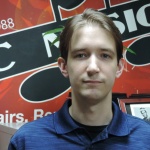 Paul Kamenitsky - Director of Instrument RentalsClose
Paul attended Eastern Connecticut State University and graduated in 2013 with a Bachelor’s in Music Performance, specifically mallet percussion. He has been a percussionist since age 8 and a pianist since age 14. Paul has played with the Hamden Symphony Orchestra, the WesWinds Ensemble at Wesleyan, and the Augusta Curtis Concert Band in Meriden. 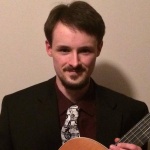 Shawn Matyasovszky - Director of Music Lessons/ Web Developer)Close
Shawn Matyasovszky is an American classical guitarist from Connecticut. He has performed with various groups at and around Central Connecticut State University including the CCSU Guitar Ensemble, the Hartford Classical Guitar Ensemble, as a soloist with the CCSU Sinfonietta, and as a soloist with our local Augusta Curtis Cultural Band. As a solo performer, Shawn has interests in Baroque and Renaissance era music. Shawn trained as a classical guitarist with CCSU and Hartt School of Music professor Christopher Ladd. He holds a BA in Music from Central Connecticut State University. As an educator, Shawn has a strong focus on musical literacy and ensemble playing. He has been active in the classroom guitar programs in both Plainville and Bristol Central high school, as well as the After-School Program at the Middle School of Plainville. Shawn teaches students of various age groups.
Application for EmploymentClose